A Vermont teenager woke up to a scene scarier than the film “IT.” A funky scene that ended with him calling 911 early Sunday morning to report that an intruder dressed as a clown was snoozing in his residence, police report.

When cops arrived around 3:30 AM at the home they found Sean Barber, 43, “intoxicated and sleeping in an upstairs bedroom inside the occupied residence.” 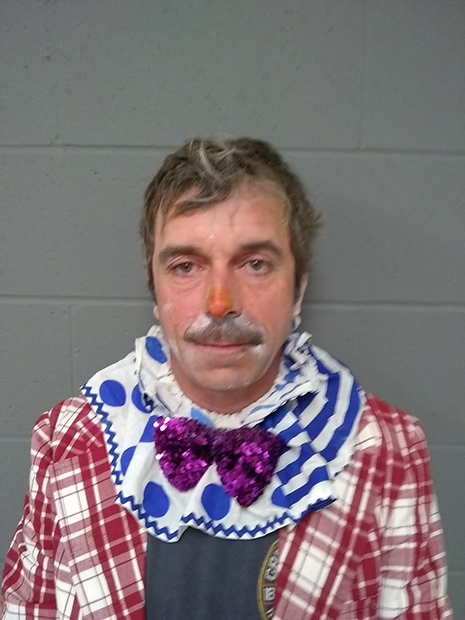 Barber, cops charge, was also “found to be in possession of cocaine during his arrest.” Barber was booked into the Southern State Correctional Facility on unlawful trespass and cocaine possession charges.

Pictured above, Barber apparently was wearing a Halloween costume when collared. As for the white powder near his nose, you can guess whether it was “Nose Candy” for a Halloween treat or clown paint.  Our guess is that the white substance gave him the shitz.